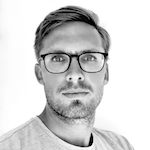 From design to code, let’s think about it

If you know me a little you already know that I always think about how we could be more productive as a whole software team. I’m always frustated by the information lost from one member of the team to the other: a customer need that a developer hasn’t heard about, a design element that hasn’t been exported or explained to the developer.

Today, I’ll focus on the process from the UI/UX designer to the developer.

On the picture below, I wanted to show you the situation I encounter most often. 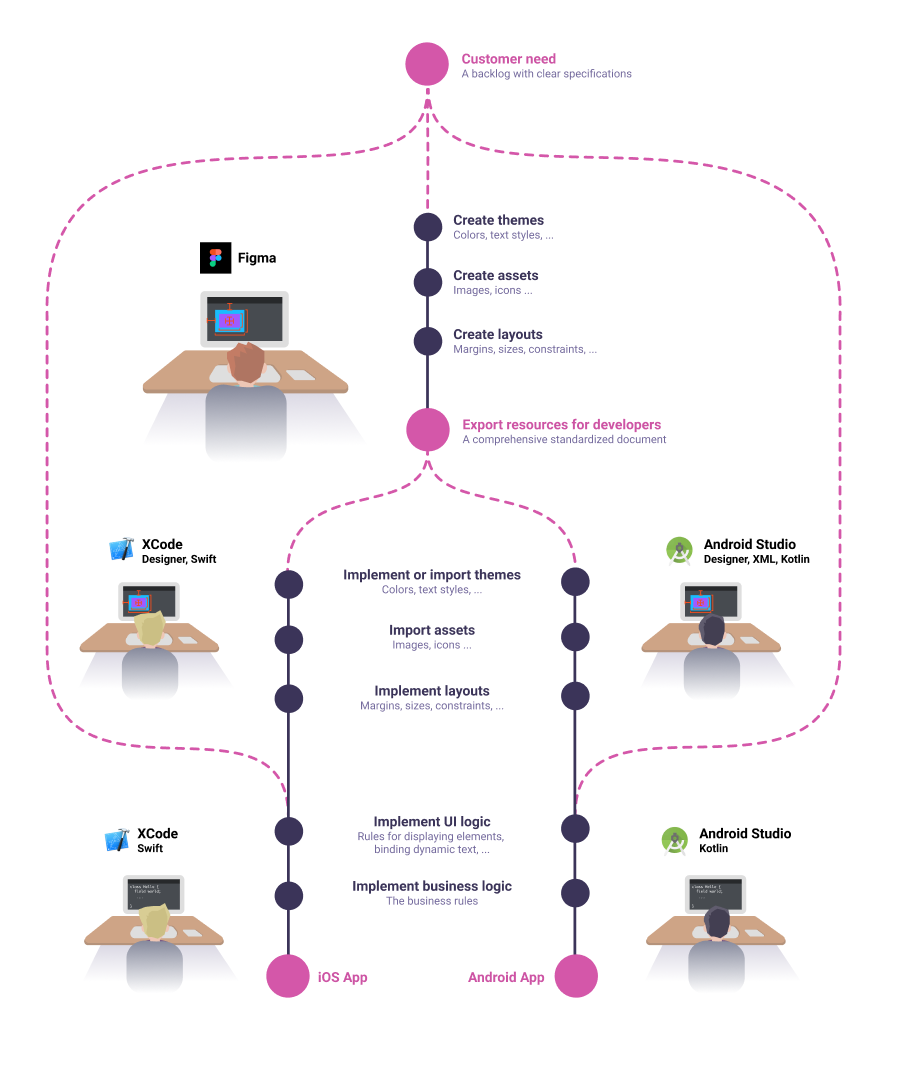 Concerning the business logic, the developers will have to make sure they have clear specs avoid introducing different behaviours.

A first natural step would be to unify the platform specific branches. To achieve this, you can bet on a cross-platform solution. My personnal favorite today is Flutter, but Xamarin is a great choice too. 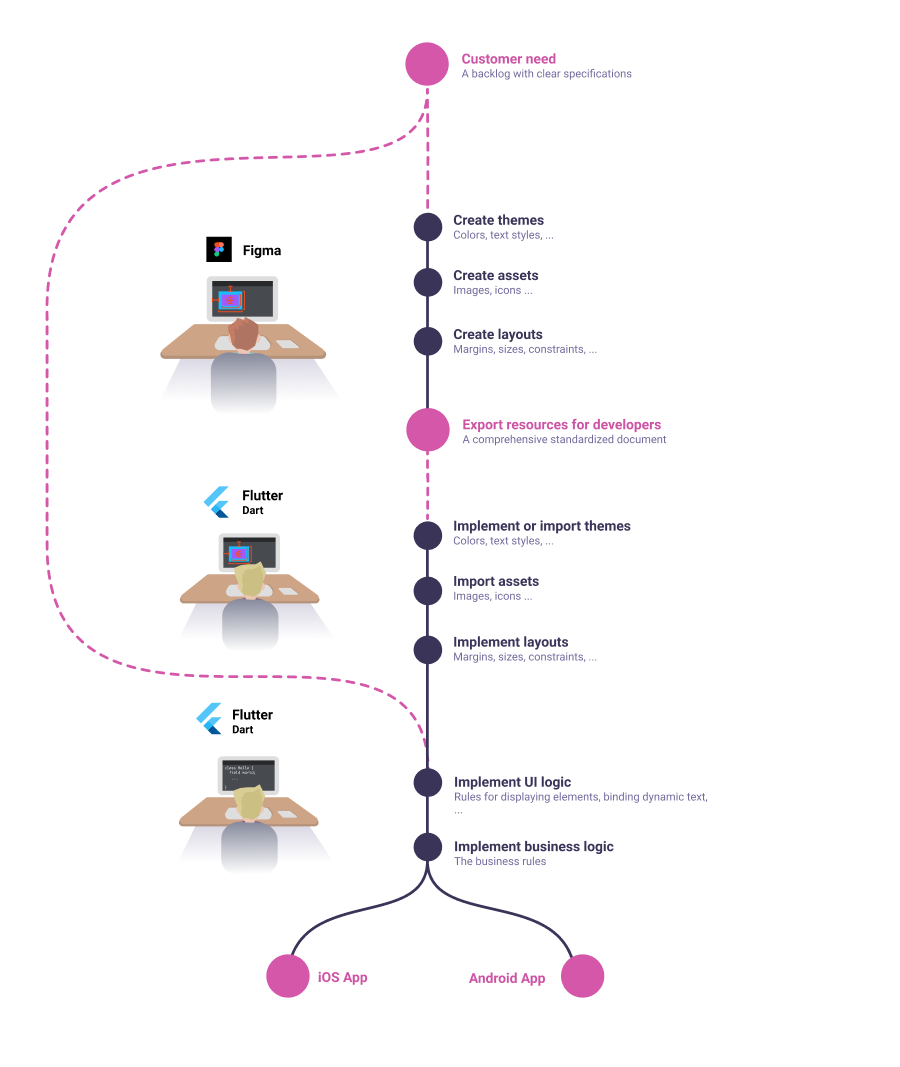 Just imagine if developers could directly use the content of the designer as components into their code. 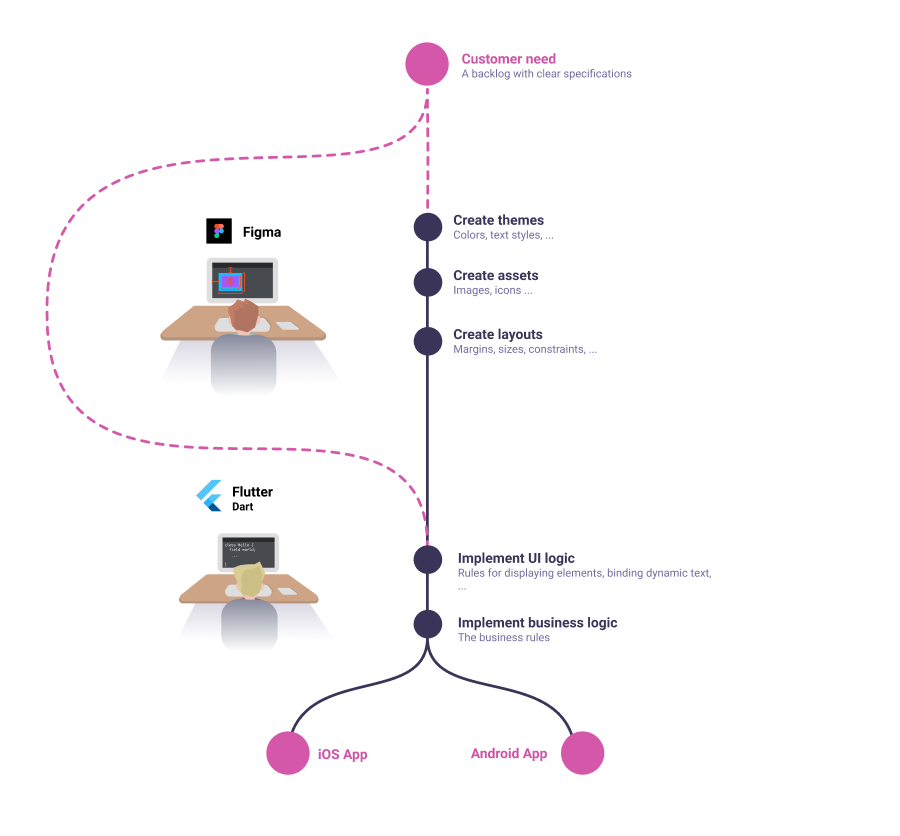 I immediately liked the Figma designer tool when I discovered it: runs everywhere, simple, collaborative.

But I fell in love after studying a little bit more the software architecture behind it. The engineering team is really incredible: the software is based on modern web technologies (WebAssembly!), and as a bonus they offer open API for anyone.

I started to work on a little tool that converts Figma files to Flutter widgets (Dart code).

Even if still under active development, you can already try it in your browser here: Figma-to-Flutter.

I will probably write a more detailled post later on how it works, its features and how to use it from your build environment.

All of this is purely experimental and under active development. If I would have access to Figma rendering source code it would have been a lot easier and quicker (if a Figma employee reads this and can share the algorithm, it would be awesome!), but be aware that all the rendering logic is reverse engineered, so you will experience a lot of inconsistencies!

Though, several things are still missing from my implementation (stay tuned for new features):

Unfortunately Figma doesn’t cover everything that is needed for modern dynamic layouts and I hope that they will add it :

I use Xamarin too

I’m waiting for the Drawing Spec to be implemented to eventually support Xamarin too.